When you book with an account, you will be able to track your payment status, track the confirmation and you can also rate the tour after you finished the tour.
Sign Up
798

0
Ghatshila, which literally means “river’s rocky landing” (Ghat means River wharf or quay and Shila means Rocky land), is a small city on the banks of the Subarnarekha River in the East Singhbhum district of Jharkhand, India. Ghatshila is a popular tourist attraction in Jharkhand and is known for its refreshing natural beauty. Ghatshila is particularly well-known among West Bengal residents as a health resort, with significant numbers of Bengali visitors flocking there for a change of scenery. Ghatshila is also known for the great Bengali novelist Bibhutibhushan Bandopadhyay, whose masterpiece “Pather Panchali” is one of his best-known works. JTDC (Jharkhand Tourism Development Corporation) is now taking steps to promote state tourism throughout the country and abroad.
Simlipal is India’s largest wildlife sanctuary and one of the country’s most important tiger conservation efforts. Dense forests, stunning meadows, breathtaking waterfalls, and magnificent rivers abound in this area. It has a lot of biodiversities and a lot of different kinds of animals, therefore it’s a terrific area to go nature sightseeing! Simlipal Reserve is home to around 1000 different plant species. There are 96 orchid species that are indigenous to the woodland. 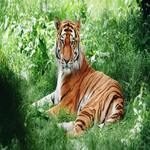 Today after breakfast, Proceed to Ghatshila. After taking a rest for some time, go for a Ghatshila sightseeing tour Including Phuldungri Hill,Burudi Lake in the Ghatshila Block in East Singhbhum is a favorite site for water sports) and Narawa Forest. Return to your hotel.

Today, After breakfast check out from the hotel and move towards the Simlipal. After reaching Simlipal check in to Lulung Aranya Nivas Resort there are many things to explore inside the hotel . Rest is free for liesure

Simlipal National Park – Simlipal, a gorgeous and attractive town in Orissa’s Marurbhanj district, was originally a hunting place for Marurbhanj’s previous lords. The area is now known as one of India’s largest wildlife sanctuaries, as well as one of the country’s most important tiger projects. After taking a wonderful experience in Simlipal National Park then move to your Hotel.

After having breakfast check out from the hotel then move towards your onward Destinations.

Can one customize this package tour?

Yes, one can customize the travel itinerary of this Jharkhand package by conveying their specifications to the respective tour agent,

What is the Speciality of simlipal National Park?

Simlipal National Park derives its name from the abundance of red silk cotton trees growing in the area. The park is home to Bengal tiger, Asian elephant, gaur, and chausingha. This protected area is part of the UNESCO World Network of Biosphere Reserves since 2009.

What is the best time to visit simlipal National Park?