When you book with an account, you will be able to track your payment status, track the confirmation and you can also rate the tour after you finished the tour.
Sign Up
639

Turkey is a place that has plenty to offer everyone. During the long, hot summer, tourism is concentrated in Istanbul and along the coast, but a beach vacation can easily be coupled with cultural sightseeing, as most of the country’s most notable classical-era ruins are within day-trip distance from most of the main resort cities.

Traveling north from Turkey’s famed coast, though, reveals the country’s actual diversity. A vacation in Turkey can effortlessly incorporate both epic history and an incredible variety of landscapes, from vast ruins perched on mountain summits to fresco-covered Byzantine-era cave churches and Ottoman mosques, and hiking trails following ancient pilgrimage paths to the buzzing foodie and café culture of the cities 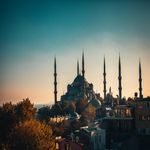 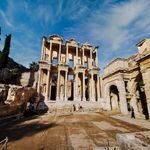 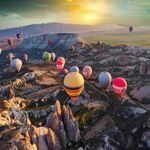 You will be greeted and transferred to your accommodation in Istanbul’s old city upon arrival. Upon arrival at your hotel, a welcome package with tour vouchers, an Istanbul map, and any other tourist information will be ready for you. At 7 p.m., you will have a welcoming gathering with your guide and fellow guests at the hotel. If you arrive at the hotel after 7 p.m., details will be provided during your transfer. The remainder of the day is yours to do as you like.

We leave early in the morning for Gallipoli. We’ll make a quick pit stop along the way. You will continue your journey to Eceabat, where you will eat lunch. After lunch, we’ll go to Brighton Beach, where the first wave of Australian and New Zealand forces landed, Beach Cemetery on the southern tip, and Anzac Cove, where up to 30,000 men were stationed during the campaign, Ariburnu Cemetery, Anzac Commemoration Site, Lone Pine Australian Memorial, site of the successful attack and capture of Turkish trenches by the Australians during the August offensive, Johnston’s Jolly, where the original Allied and Turkish trenches and tunnels are preserved, 57th Regiment Turkish Memorial, The Nek, and the Chunuk Bair New Zealand Memorial You will be taken to Canakkale at the end of the tour. Canakkale is where you’ll spend the night.

We depart for Troy after breakfast. We’ll see the Trojan Horse model, sacrificial altars, 3700-year-old city walls, Houses of Troy I from 3000 to 2500 B.C., the Bouleuterion (Senate Building), The Odeon (Concert Hall), current excavations, and the ruins of Troy 1 through Troy IX. We leave for Bergama after our visit to Troy. We’ll eat lunch in Bergama before heading to Pergamon for a fully guided Acropolis tour. You will explore the Acropolis, the ruins of Zeus, in Pergamon, the ancient world’s most powerful city. The Hellenistic Theatre, which could seat 10,000 people, the Great Library, which housed 200,000 books, and Trojan, the Gymnasium, which was built on terraces, the lower Agora, Temple of Dionysus, Temple of Athena, and Temple of Trojan. Transfer to Kusadasi at the end of the tour. Spend the night at Kusadasi.

After breakfast, you will be collected up from your accommodation and taken to see the Arcadian Way, Roman Baths, Temple of Hadrian, Celsius Library, and Antique Theatre in Ephesus, the Ancient Roman City. In the afternoon, visit the well-known Sirince village, which is known for its charming village cottages. Return to your accommodation at the end of the tour. In Kusadasi, have dinner and spend the night.

The first stop after breakfast will be Hierapolis, a historic Greco-Roman city built on top of hot springs. The huge necropolis, Great Baths, Frontinus Street, Theatre, Martyrion of St. Phillip, and the antique pool known as Cleopatra’s pool are all sights to behold. Finally, be awestruck by travertines (carbonate mineral terraces left by flowing water) on which you can have a barefooted stroll. Dinner and an overnight stay in Pamukkale are included.

Day 7 Pamukkale to Cappadocia via Konya

We depart for Cappadocia after breakfast, stopping at Konya to see the Whirling Dervishes, a religious group founded by the Sufi (Muslim guru) Mevlâna in the 13th century. We will visit the Selimiye Mosque and the Mevlana Museum before being transferred to your Cappadocia accommodation for the night.

Book an optional early morning hot air balloon excursion to take in the breathtaking views of the valleys and the surrounding area. After breakfast, we’ll go to the Devrent and Pasabagi valleys to see Cappadocia’s spectacular fairy chimneys. Then travel to Avanos, a ceramics town. Observe the potters at work with their kick wheels, a method that has been passed down through the years. After lunch, visit the Goreme Open Air Museum, which has some of the world’s most important Byzantine cave churches as well as the best-preserved cave wall paintings and frescoes. Finally, you’ll be transported to Uchisar Castle, the region’s highest point, from which we’ll get a spectacular panoramic view of Cappadocia.

You will be transferred to the Cappadocia airport after breakfast for your flight to Istanbul, where you will be greeted and transferred to your accommodation. We have an optional goodbye meal on the Bosphorus cruise this evening. Dinner will be served with unlimited drinks while sailing between Europe and Asia, as well as entertainment shows and dances on the stage.

Our tour will conclude with an outbound airport transfer according to your flight time.

What kind of sockets are used in turkey?

European two-pin sockets are widely used in Turkey as everywhere in continental Europe.

Can I use my credit cards for shopping?

Visitors may use their credit cards and debit cards for all kinds of purchases. It is advisable, however, to carry some cash with you in case you take trips away from the city center or travel to smaller towns or villages

Which currency is most widely accepted on this tour?

Turkish Lira is the local currency of the Republic of Turkey. Visitors can exchange their cash money for Turkish Lira at exchange offices and banks.

Can I drive in Turkey with my driver's license?

Foreigners may drive in Turkey provided that they keep their passport, international driver’s license and vehicle license with them all the time. Turkey drives on the right side of the road and the advanced highway network allows easy access to different corners of the land.

Do I have to speak Turkish to interact with people during my visit?

English is the most spoken foreign language everywhere in Turkey. You should have no problem meeting people who can speak English and help you get around in all the big cities, shopping malls, restaurants and holiday resorts.