Discover Greece- endless sandy beaches, lush green landscapes, emerald water, historic ruins, volcanic cliffs. Greece is a magical place full of revelations! Greece can be a gorgeous destination any day of the year. From Thessaloniki to Santorini to Mykonos to Athens and beyond, there is so much to see in this historically rich, picture-perfect Mediterranean paradise.

The prime time to see Greece is from mid-April to mid-June. The weather is perfect during spring and you can enjoy some peace before the crowds of tourists show up. While it can still be a bit chilly, areas like Crete, the Peloponnese, the Cyclades, and the Ionian islands are often warm enough for swimming.

Today, you can still trace the fingerprints of Greek history in the dozens of archaeological sites and museum collections that are scattered throughout the country. But Greece offers so much more than history. Its magnificent coastline is fringed by dazzling beaches while its mountainous interior offers untamed wilderness with challenging hikes. Greece is also home to some of the world’s most luxurious hotels. THINGS TO DO IN GREECE-

The land of Greece is one infused with ancient mythology, archeology, history, art, and philosophy. Greece is made up of a series of idyllic islands that are surrounded by jet blue seas and covered in dainty white buildings, and you will also find crumbling ruins, engaging museums, and pretty coastal towns aplenty.

From throbbing cities like Athens to a slower pace of life in little villages by the sea, Greece is a mosaic of different experiences and landscapes.

Here are some amazing experience which you cannot afford to miss –

Mount Olympus is the highest mountain in Greece and is notable in Greek Mythology as the home for Greek Gods. It is known for its exceptional biodiversity and rich flora, which makes it a World Biosphere Reserve. It has been a National Park, the first in Greece, since 1938. The usual starting point for climbing Olympus is the town of Litochoro, and various mountaineering and trekking routes are available.

Plastiras Lake is an artificial paradise for every season of the year, it is also known as ‘Little Switzerland”.  It is one of the largest artificial lakes in Greece created in a location wherein antiquity we could find the confluence of the rivers Tavropos and Achelous. The lake is surrounded by oak and chestnut trees and you can go canoeing or rafting here as well as horse riding or hiking along the trails around the lake. Lake Plastira is located in the Karditsa region of Greece and offers an adventure-filled afternoon.

Delphi has the claim to fame of being a UNESCO World Heritage Site as well as one of the top attractions in Greece. It sits on the sides of Mount Parnassus and was a popular pilgrimage spot in the days of old for those who would come here to pay homage to Apollo, the ancient Greek god of healing, music, light, and prophecy. The ancient Greeks considered the center of the world to be in Delphi, marked by the stone monument known as the omphalos (navel). Followers would come here to seek guidance from the Oracle at Delphi and nowadays you will find temples, an impressive stadium, a theater, and delightful ancient ruins. It is located around 180 kilometers away from the capital city of Athens.

The most popular modern attractions in Athens is the Acropolis Museum which opened in 2009. The building looks like it’s made of cutting edge glass and steel and houses some of the most famous artifacts in Greece. Some of the signature pieces in the museum include the Moschophoros, which is a statue of a man with a calf on his shoulders and the Parthenon marbles. The cafe has a terrace that looks across to the breathtaking Acropolis.

Nestled on the stunning island of Crete is the Samaria Gorge which is a must-visit for any nature lovers to Greece. The gorge spans 16 kilometers although parts of it are just 4 meters wide. There is a range of treks available at the gorge although if you want to walk along the entire section then it can take anything up to seven hours. White Mountains’ National Park is the only national park in Crete. It centers around the Samariá gorge, at an altitude of 1,200m and continues down to Ayia Rouméli, on the shores of the Mediterranean Sea.

Dominating the skyline of the capital city of Greece, Athens, is the Acropolis, the number one attraction. Glittering marble is used to make the complex and this is the site of the famous statue of Athena who was also the goddess of Athens.

Located in the charming Thissio neighborhood of Athens is the Hephaestus Temple. As with all temples in Greece, this one is dedicated to the gods, in this case, Hephaestus who was the god of fire and Athena, the goddess of pottery and ancient crafts.The temple dates from 450 BC and sits atop Agoreao Koronos Hill.Designed by the same architect who worked on the Pantheon, Hephaestus Temple is known for its pretty columns and its Pentelic and Parian marble decorations.You will also find friezes and sculptures dotting the building which is said to be one of the most historically important in all of Greece.

8. Explore the Palace of Malia

The Palace of Malia in Malia dates from 1900 BC. Although it has been rebuilt several times since then, following a range of natural disasters like earthquakes. There is a variety of exhibition halls here as well as photographic galleries showcasing how it looked like. Look out for some of its signature pieces such as the Kernos Stone which is a disk with 24 holes in it.

In Epidaurus in the region of Argolis is the Epidaurus Theater, a ceremonial space that is dedicated to the famous god of medicine, Asclepius. The Sanctuary of Asclepius is located next to the theater, and you can visit both at the same time. The theater dates from the 4th century and you can sit in the stone tiers and imagine watching a performance here in the years of old.

The birthplace of Western civilization and home to some of the most beautiful beaches on the planet, Greece is truly awe-inspiring. Whether you are looking to soak in the sun, explore ruins of the past, or party the night away, this is easily one of the top spots in Europe. But it comes at a pretty penny. While places like Santorini and Mykonos can seriously set you back, it’s possible to see the best of Greece without breaking the bank.

So, grab your flip flops and camera, and let’s look at the top tips for traveling Greece.

For a Photo tour, visit Greece on our Instagram Triplou. 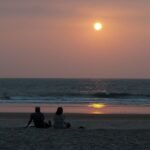 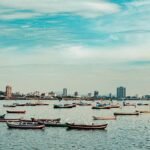 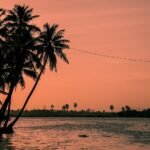