Odisha cuisine, also known as Odia cuisine, is a mash-up of many goods and activities. Dishes of Odisha are heavily inspired by the cuisines of North India, Bengal, and Assam, as it is bordered by both North and South Indian states. Rice is Odisha’s primary cuisine, with mustard oil being utilized as a cooking medium in many homes. Many Odisha cuisines include yogurt, and chhena is used in a variety of sweets (a form of cheese). Odia cuisine is less greasy and spicy than other Indian cuisines, but still packs a punch of flavor.

Odisha, sometimes known as the “Goa of Eastern India,” is a must-visit destination for every foodie. So, here’s a list of Odisha’s dishes that we hand-picked:

Scroll through the dishes of Odisha to evoke the ultimate foodie in you!

Khichdi, as it is known in other states, is a simple yet nutritious meal. One of the most prominent dishes of Odisha is khicede, which is served as the primary bhog to Lord Jagannath at the Puri Temple. It has a distinct and delectable flavor due to the right blend of rice and lentils cooked together in ghee. This hearty dinner not only tastes excellent but also provides a lot of nourishment. This delectable dish, lightly flavored and frequently served with curd and papad, is sure to make you salivate.

As the name implies, this meal is all about a delectable creamy prawn curry, with the creamy component coming from coconut milk. This delicious dish’s richness and silkiness are enhanced with light and mild spices that give it a distinct flavor. Absolutely delectable, delectable, and flavorful! This delicacy, which is best served with steaming basmati rice, is a must-try for anyone visiting Odisha.

This delectable stew, which consists of the fried head of the fish and is served with hot steamed rice and salad, is a must-offer to Durga Maa on Dussehra. The curry is made up of onions, potatoes, garlic, and all of the usual spices. Vegetarians can create a basic ‘Ghanta’ without the fish. This is a dish that has no equal no matter where you are, and it will compel you to eat it again and again till you leave Odisha.

This staple cuisine of Odisha contains no onion or garlic and is cooked with roasted moong dal. A cup of vegetables and a few common spices are added to give it a mouthwatering flavor. Pumpkin, plantain, yam, and papaya are common vegetables that improve your general health. This finger-licking dinner, which is typically served with rice, will more than satisfy your hunger.

During the summer, Pakhala Bhata is practically every household’s daily lunch in Odisha. It’s made by soaking cooked rice in water and adding sour curd to the mix. Served with potatoes, fried fish, papad, and Badi choora, a dried and nut-like urad and black gramme that is typically left overnight. This fermented rice is a great way to beat the heat and feel refreshed from the inside out. All Odias celebrate Pakhala Dibasa (Universal Pakhala Day) on March 20th to welcome the summer season with traditional Odisha cuisine. This delectable dish is a must-try.

A unique meal made with potato and pointy gourd. In the state of Orissa, it is one of the most popular curries. In North India, this meal is known as Parwal and is offered to God at the Puri Jagannath temple. It’s more savory with a dash of cashew paste or onion/ginger paste.

Chaatu Rai, also known as Chaatu Besara, is a healthy vegetable dish popular in Orissa. Turmeric powder and tomato, along with a bunch of mushrooms sautéed in a tangy, tasty mustard sauce, enhance the flavor. The meal, which is frequently prepared for special occasions, is popular not just in Oriya but also throughout India.

A fried or boiled vegetable curry, this traditional Oriya meal slurps down your tongue with every spoonful. The cuisine, which contains raw papaya, potato, tomato, and brinjal, is comparable to any other nutritious food. The recipe is most typically consumed for a healthy diet because it is low in spices and high in greens. For added flavor, the dish might be lightly sautéed with milk and spices.

Potato, pumpkin, banana, and papaya are combined in this easy beautiful dish. The mustard seeds, cumin seeds, garlic, and dried chili give it a distinctive Odiya flavor. Your small heart yearns to savor the cut veggies and sliced onions that turn golden brown as you fried them in the skillet. The addition of coriander leaves to the meal is the icing on the cake.

This delectable banana stem curry, seasoned with garlic cloves, cardamom, cumin, cinnamon, coriander, and two red chilies, is the ideal accompaniment to any meal. The perfume of stir-fried banana stems with coriander leaves as seasoning fills you with happiness that lasts until the flavor fades.

So, which of these dishes of Odisha is your favorite? Let us know in the comments section below. 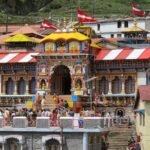 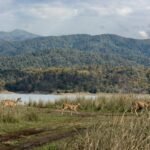 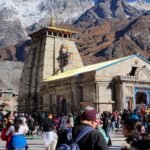